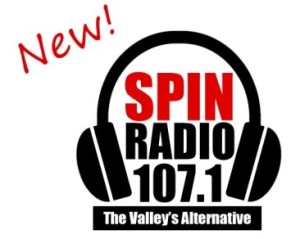 Lehigh Valley/Pocono Mountains, PA – Listeners frustrated with a sometimes fuzzy Spin Radio 107.1 FM signal in the Allentown area have been granted a solution to their problem, as Spin Radio announced a boost to its signal area with a new 94.7 FM translator.

Connoisseur Media’s WWYY-FM (107.1), serving the Lehigh Valley and Poconos area in Pennsylvania, and Western New Jersey, added the new translator to provide people in the Allentown/Bethlehem area with a more enjoyable listening experience. With the addition of the 94.7 FM translator, people living or driving through the Allentown area have access to a clearer and louder version of Spin Radio 107.1 FM, which remains as the station’s primary signal. According to Spin Radio’s General Manager Rick Musselman, the expansion was conducted with the listeners in mind.

“We knew from its onset that Spin Radio had the potential to outgrow its original signal area, which is strong in many counties, such as Monroe, Warren and Northampton, but lacked in parts of Lehigh County,” Musselman said. “We didn’t want our Allentown-area listeners to suffer because of the limitations of a radio signal, so we’ve been working on this solution for quite some time. Now, fans of alternative music living or driving through the Allentown area can tune in to 94.7 FM without missing a single song on Spin Radio.”

Spin Radio features a mix of alternative music from the 1990s, 2000s and today. Bill Sheridan, the station’s program director and brand manager, expressed his excitement with the expansion of Spin thanks to its new 94.7 FM translator.

“Not only will the new 94.7 FM translator enhance our current listeners’ experience in the Allentown area, we’re hoping that new listeners who didn’t have the chance to discover the station due to its signal limitations will now tune in,” Sheridan said. “This is a great opportunity for us to continue sharing music from talented artists rarely heard on other stations in the Valley, such as The Killers, Cage the Elephant, twenty one pilots, Green Day, Florence and the Machine, Weezer, Arctic Monkeys and more.”

Spin Radio also streams live to the world at www.spinradio.fm.  Spin Radio’s Twitter handle is @ILOVESPINRADIO, and they’re also on Facebook at www.facebook.com/spinradio.