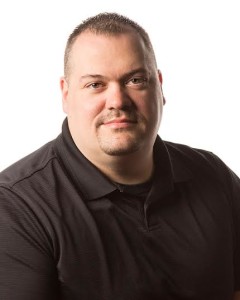 Tweet
By Brian Ray
Unfortunately, it is clearly evident in today’s business climate that the majority of Managers & Executives have lost a significant portion of not only their listening skills, but also their inter-personal relationship skills when it comes to engaging employees.
Ironically, across the corporate world these days many companies have the walls of their respective locations decorated with various positive statements regarding how upstanding their values are, that their employees matter, and that communication is encouraged.
In particular, many companies now claim to have an “Open Door” policy when it comes to issue resolution and/or the presentation of ideas.  However, in many cases this policy exists on a superficial level only, with the sad truth being that many of these so-called “empowering” programs are merely an exercise of smoke & mirrors to make the working environment appear better than it actually is.
So, no matter what industry the company happens to be a part of, everyone who has ever worked within the corporate environment can site multiple examples where a Manager or other leader has been utterly unapproachable due to a myriad of reasons.  These can include the Manager’s inflated ego, lack of empathy, or even a lack of awareness.  So quite bluntly, if the employees don’t find their Managers approachable, then it doesn’t matter how “open” a company policy claims to be, because it just won’t be utilized by the people it is designed to help.
Remedying this type of situation can be extremely difficult as it requires addressing and correcting the very dynamic that permeates the atmosphere of the workplace involved, requiring a high level of determination and strength of character.
Now let’s take a look at a few of the major components of this issue:

The first thing to be done is to confront the denial from leadership that the problem actually exists.  Without that action, any subsequent attempt at honest communication becomes nothing more than an exercise in futility. Their denial is just another manifestation of the collective corporate ego in that those at the upper levels of leadership simply refuse to believe that there is anything wrong with how they or any of their peers behave.  This is due to that fact that sub-consciously many of them feel that being a Manager/Leader/ Executive automatically gives them free reign to act in whatever manner they want.

Subsequently, the mindset of those in charge ultimately becomes – “Those problems don’t happen at this company!” – when in reality, they happen every day.
Another major component of this issue is the hypocritical scenario that is generated day-to-day in the workplace.  Employees constantly see the barrage of “feel good” memos and corporate policies regarding open communication without fear of repercussion, yet they know from experience that this is not the case and the policy is really only an illusion.
This then brings the collective sense to the workforce that Leadership is completely out of touch with the reality of the situation (which of course, they are) hence the hypocrisy of the policy within the environment. This subsequently further damages the confidence that the workforce has in their leadership.
Failure to report problems and pursue corrective actions can lead to a vast array of repercussions for a company.
These can include:
Every professional who has been in business for even a small length of time has witnessed at least one of these scenarios. Certainly not an effective business environment at all.
Moving Forward
There is the old saying that “actions have consequences”, but this statement needs to be modernized to include that  – “lack of action” – also has consequences. Meaning that Corporate leadership needs to realize that they must back up their words and policies with deeds – actually “walk the walk” and not just “talk the talk” as the sayings go.
Any attempt to correct a situation like this must include honest input from employees as to why they feel the Manager(s) in question are unapproachable.  This can start the dialogue on the path of getting to effective resolutions and a deeper understanding for everyone involved.
Finally, remember that real leaders must be prepared to deal with the truth of the situations that arise, and not brush the problems aside or deny their existence. Even if it is something that they don’t want to hear.
Brian Ray is a Business and Management Consultant with over 20 years of experience. He has worked with several of the largest companies in the world on multiple projects and assignments, from the basic Project level to the Executive level. These companies include General Motors, Hewlett-Packard (HP), Delphi, and several others. In addition to possessing a Business Degree with a major in Technology Management, he has continued his business education in various disciplines, IT applications, and business concepts.
Ray has also taught multiple subjects and classes in the corporate environment and has been the creator of many reference, training, and process documents/manuals throughout his career. He has also served in several mentoring programs at various companies over the years, helping other professionals achieve success.
Ray is the proprietor of his own consulting company, and is a speaker/corporate trainer specializing in promoting positive changes in business and people. He is also a contributing writer to The CEO Magazine.
On a personal level, Ray is an aspiring singer, currently in his fourth year of training at a music academy.  Additionally, he is an expert martial artist and a champion bowler.
Ray resides in West Bloomfield, MI.
Learn more about Ray and Revelations Incorporated at www.thecalloftruth.wordpress.com and connect with him on Twitter.
Revelations Incorporated is available for purchase at Amazon and Kindle. 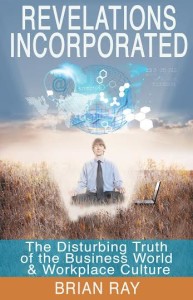