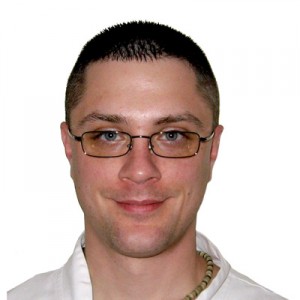 Pocono Manor, PA – The Inn at Pocono Manor has named Ryan Stracko executive chef for the historic resort.  The recently renovated Inn, which originally opened in 1902, is the longest continuously operating resort in the Pocono Mountains and one of the oldest in North America.  The announcement was made by Lisa Green, acting general manager for The Inn at Pocono Manor.

“I am thrilled to welcome Ryan to The Inn at Pocono Manor’” said Ms. Green.  “He brings with him a stellar record of success in the kitchen and with major culinary programs, as well as a great deal of creativity.  We’re pleased he has joined our leadership team.”

Chef Stracko said, “I am a purist and believe everything has a place and needs to be cooked perfectly to bring out its natural beauty.”  Chef continued with, “By using the absolute best ingredients and perfect technique, food speaks for itself.  Perfectly cooked fowl is juicy to perfection, duck breast has the crispiest skin, and char-grilled steaks have grill marks still smoking when they reach the guest’s plate.  All dining experiences should provide a lasting memory.”

Previously, Ryan Stracko was the highly successful executive chef for the Country Club of Scranton in eastern Pennsylvania.  He has also served as executive sous chef for the Westmoreland Club, located in Wilkes-Barre, Pennsylvania, overseeing a la carte dining and off premises catering.  During his tenure there, the Club was awarded Five Star Platinum Status by the Platinum Clubs of America.

Chef Stracko was part of the opening team for Hotel Fauchere, Milford, Pennsylvania.  During his time there, his culinary team was recognized for its excellence by The New York Times, Travel+Leisure, Condé Nast Traveler, and the property became a member of prestigious Relais & Châteaux.  Chef’s culinary career began at the Skytop Lodge in Pennsylvania.

Ryan Stracko is a graduate of Northampton University.  He resides in Canadensis, Pennsylvania, with his wife Melanie.

About The Inn at Pocono Manor

The Inn at Pocono Resort blends a century of hospitality with the demands of 21st Century travelers.  Lovingly referred to as the “The Grand Lady of the Mountains” and a National Registry of Historic Places property, The Inn at Pocono Manor opened in 1902 as a country retreat for Philadelphia Quakers.  Today it is the oldest continuously running Resort in the Poconos and one of the oldest in North America.

The Inn’s main lodge and event space were comprehensively renovated in 2011, restoring turn-of-the-last century charm to the historic facilities and integrating state-of-the-art technology expected by today’s travelers.  The all-season resort boasts 237 beautiful guestrooms, and 25,000 square feet of flexible meeting and event space that can accommodate up to 500 guests.  The Exchange at Pocono Manor restaurant features superb dining with an eclectic flair.  The Old Lamplighter Lounge serves specialty beverages and pub fare throughout the day.

Complete recreational amenities are available at The Inn at Pocono Manor, including signature golf, horseback riding, indoor and outdoor swimming pools, the luxurious Laurel Spa, fishing, clay shooting, cross country skiing, and more.   Striking views of the Pocono Mountains are visible from all sides of the resort’s main building.  Complimentary wireless Internet is available throughout.  The Inn at Pocono Manor features two 18-hole signature golf courses, including the East Course dating to 1912, which was redesigned by Donald Ross in 1927 and has been host to golf legends like Sam Snead, Arnold Palmer and Jerry Barber.  In 1959, the West Course opened and is a favorite with long ball hitters.

A destination within the Poconos for over a century, the 3000-acre Inn at Pocono Manor is minutes away from Crossings Premium Outlets, Camelbeach Water Park, Camelback Ski Mountain, and the Mt. Airy Casino.   The AAA three diamond-rated Resort is within two hours of New York City, New Jersey and Philadelphia.  www.poconomanor.com