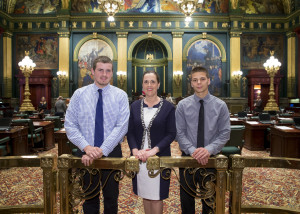 On June 3, Nick Schroeder of Palmyra Township and Tony Litz of Lackawaxen Township were recognized in the Pennsylvania Senate chamber for having placed first in the Ford AAA Auto Skills competition at Northampton Community College in Bethlehem and for winning the National Automotive Technology Competition at the Javits Center in New York City. They became the first Pennsylvania team to win the national competition.

Schroeder and Litz, along with instructor Dr. Mark Watson, Assistant Superintendent Dr. Joann Hudak and school board member Robert Schwartz, visited the capitol to meet with Baker and attend a Senate session where they were introduced by Baker who offered remarks from the floor detailing the teens’ accomplishments and wishing them luck at an upcoming competition in Michigan. The two also stood on the Senate floor and posed for pictures with the senator. 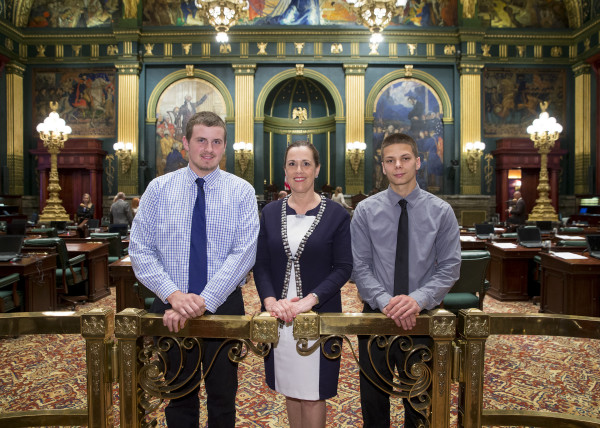