Honesdale, PA – Wayne Memorial Health Foundation welcomed two new members to its family: Thomas Sheridan joined the Foundation Board of Trustees and Joseph Kneller is now a director on the board of Wayne Health Services, a wholly owned subsidiary of the Foundation. 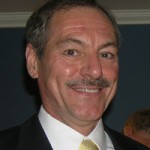 Sheridan, a life-long resident of the Honesdale area, is currently the Chief Operating Officer and Executive Vice President at The Honesdale National Bank. He graduated from Wallenpaupack Area High School and then the University of Scranton. Sheridan lives in Hawley with his wife, Victoria, who is an elementary schoolteacher in the Wayne Highlands School District. They have two children, who are both attending college. Sheridan also serves on the board of the Wayne County Community Foundation and the Human Resource Center. 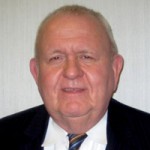 Kneller, also a local bank executive. He is Senior Vice President and Manager of Information Systems for Wayne Bank. He attended Scranton Technical High School and the University of Scranton. He and his late wife, Carol, moved to Wayne County in 1997. They have two children, Amy Austin of Palmyra, New Jersey and Matthew Kneller of Gilbertsville, Pennsylvania.

Kneller has a fun-fact connection to Wayne Memorial: his sister Karen Leverich was the first child born in the hospital’s “new” maternity unit when the hospital relocated from its original Court Street site to its present day location on Park Street.

“Both Joe (Kneller) and Tom (Sheridan) bring a welcome level of business expertise to their positions with our Foundation,” said Foundation Executive Director G. Richard Garman. “We look forward to their input.”