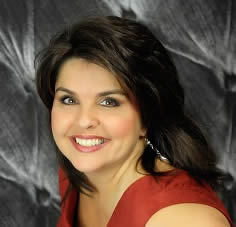 Stroud Township – Christine A. Wilkins, Executive Vice President/General Manager for Better Homes and Gardens Real Estate Wilkins & Associates was appointed Supervisor by the Stroud Township Board of Supervisors as the 1st woman Supervisor for Stroud Township.  Wilkins was chosen to fill the vacancy left by the resignation of Mr. James Decker in March.

Wilkins is the wife of Thomas R. Wilkins, CEO of the Wilkins organization.  Christine Wilkins is responsible for the marketing of Better Homes and Gardens Real Estate as a whole, the “go to” person for the new software programs and the recruiting and training of new and seasoned Realtors.

Said Thomas R. Wilkins, CEO, “I am so proud of Christine becoming a Stroud Township Supervisor.  I know it’s something that she’s had an interest in for a long while and the opportunity just came to her through the resignation of Decker, and although it was a big leap to become a Supervisor, she know she had my and Benny’s (our 5 year old son) support which played a big part in her decision to say yes.”

What will happen is Wilkins fills the vacancy left by Decker in March.  Wilkins will finish out the year.  In November, Wilkins will run on the ballot and to be elected to finish out Mr. Decker’s term.  That term will end January 2018.  Wilkins then plans on running in the November 2017 election for a term of 6 years.

Wilkins is a life-long resident of Stroud Township.  Her enthusiasm for the township was brought about in part by her mentor, Charles Poalillo.  Charles was the developer of Penn Estates, a 1,700 acre development, and owned and operated the Penn Hills Resort.  Wilkins’ first job at the age of 14 was as a server at the Penn Hills Resort.

Said Christine Wilkins, “Charles taught me to enjoy Stroud Township, keep it as pristine as it was and always should be.”  Poalillo was a member of the Stroud Twp Planning Commission for 17 years.

Wilkins will retain her position of Executive Vice President/General Manager of Wilkins & Associates and will continue to be a part of the senior management term that makes decisions for the company overall.

Wilkins is an adjunct Real Estate professor for Northampton Community College in Bethlehem, Chairperson of the Stroud Township Bi-Centennial Committee, and a member of various committees through the Pocono Mountains Association of REALTORS.