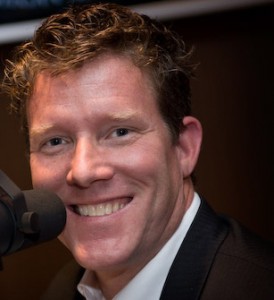 Honesdale, PA – Find your new look from a familiar place—the Wayne Memorial Hospital Auxiliary’s Other Shop I or Other Shop II.  New and gently-used clothing, from the elegant to the everyday, from both shops will be on display during a luncheon fashion show Sunday, September 16th, at the Forest Lake Club in Hawley. The clothes will be modeled by local talent and sold after the luncheon. Show emcee will be Lisa Champeau, Wayne Memorial Hospital Public Relations Manager and former tv news anchor, with a guest-emcee appearance by Bold Gold radio host Michael G. Stanton.

“Michael G., as he’s called, is a superb entertainer and very community-minded,” said Champeau, adding, “One of the most memorable events was last winter when he raised more than $20,000 for the Children’s Christmas Bureau by taking a shower on Main Street in Honesdale, outside in 20-degree temperatures!”

This is the second year for the Auxiliary’s fashion show, which benefits the group’s scholarship fund for a student enrolled in the Luzerne County Community College Nursing Program at Wayne Memorial. Stacie Sutton-Jackson was awarded the scholarship last year; she passed her boards after graduation in June and is now a full-fledged registered nurse employed at Wayne Memorial Hospital. Stacie is expected to speak at the luncheon.

“We chose the nursing program because it’s so much a part of what makes Wayne Memorial a special place,” said Luncheon & Fashion Show organizer Martha Wilson. “Wayne Memorial started the nursing school to ‘grow its own nurses,’ and Stacie is one of 14 graduates now working as a nurse at the hospital. The program has been a success, and we want to help keep it that way by helping good students succeed along with it.”

The Auxiliary is comprised of 200-plus volunteers who help raise funds through their Other Shops (consignment and donation stores), the annual Mistletoe Ball, “Showtime at the Ritz,” Attic Treasures, jewelry and uniform sales and more.

For more information or tickets, visit the Other Shop I in Honesdale, the Other Shop II in Hawley, The Gift Box shop in the hospital lobby or call Wilson at (570) 685-7482.  Tickets are $18 a person and include a three-course lunch by the club chef.