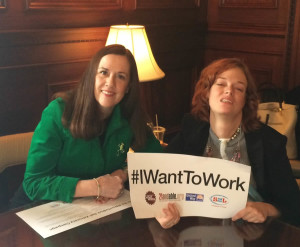 Attracting bipartisan support, Baker has reintroduced a bill to require the state to match federal funds to more fully prepare individuals with physical and intellectual disabilities for employment.

“While many young people with disabilities have the desire and ability to work at competitive employment, only two in ten are currently working,” said Baker, who was recently re-appointed as the Chair of the Senate Labor and Industry Committee.  “I have met so many young people with physical and intellectual challenges who are eager to work.  With the proper support, we can fulfill their dreams and better utilize our resources to empower them to succeed.”

SB 200<UrlBlockedError.aspx> will allow the Office of Vocational Rehabilitation (OVR) in the Pennsylvania Department of Labor and Industry to hire more job counselors to fund part-time and summer jobs and internships for young people with disabilities.

This bill will bring Pennsylvania into full compliance with the federal Workforce Innovation and Opportunity Act. State funds would match federal funds available to Pennsylvania through the OVR under the federal Vocational Rehabilitation Act of 1973.

Federal census data reveals that those with disabilities are more than twice as likely to live below the poverty line and half as likely to join the work force.

Under the bill, the OVR would be required to collaborate with officials of local education agencies and other public agencies, such as county mental health and intellectual disabilities programs, to include after-school and summer work opportunities in a student’s Individual Educational Plan (IEP).  The OVR would also arrange for, monitor, and support the placement of high school students with disabilities in lawful internships, on-the-job training, or full- or part-time work at competitive wages in integrated settings with public- and private-sector employers.

“The state must do a better job connecting local education agencies with public and private employers necessary to seamlessly and successfully transition students from high school to employment,” Baker said.  “It is truly a win-win-win.”

Her proposal has been bolstered by the #IWantToWork campaign spearheaded by the United Way and many local Arcs. 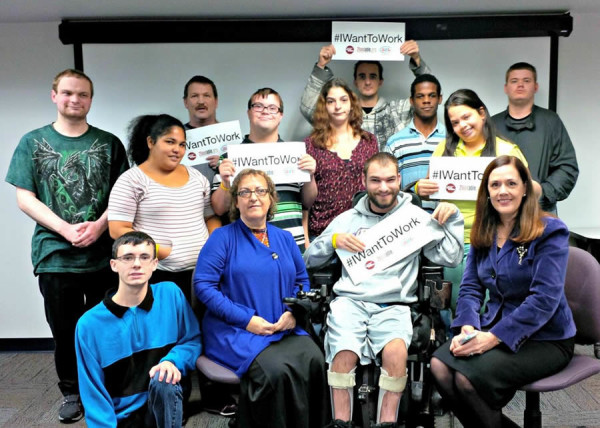