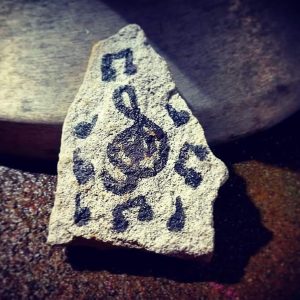 Reason #492 to stop staring at your phone while traversing the Poconos: painted rocks. They’ve become ubiquitous, these artfully decorated stones, which are often adorned with inspiring messages. But if apps and texts distract, you’re likely to walk right past them. 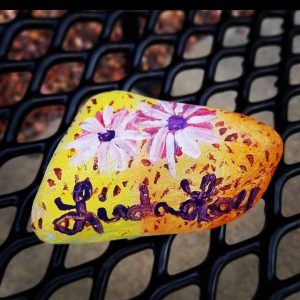 Placed around town – on sidewalks, in parking lots, outside of stores, and other public spaces – the “kindness rocks” meld scavenger hunting with a drive to make people happier. The idea that finding one of these rocks embossed with a child’s drawing or a motivational phrase like, “Great things take time!” will surely lift your spirits.

As enthusiasts track them down, they’re encouraged to move the rocks to different locations or replace them with stones of their own. Group members will often leave hints or pictures on social media for others to discover along their quest. “It’s kind of like putting a message in a bottle and seeing where it goes, but on a different level,” extolls Lynn Brothers, a Tobyhanna-based rock painter. “To me, it’s rewarding when you see someone post a rock of yours and how it brought them joy.” 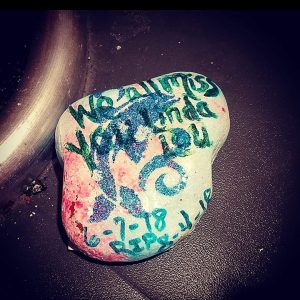 Started in 2015 by women’s empowerment coach Megan Murphy, the Kindness Rocks Project began as Murphy placed hand-painted missives along the shores of her Cape Cod, MA, hometown. When friends mentioned how finding her stones touched their hearts, a movement was born.

Anna Kaszupski, an artist and art instructor who hails from Delaware Water Gap, no sooner heard about the initiative when she hosted a rock painting get-together, a departure from her usual soirées involving canvases. “It’s awesome. I was drawn to the idea as soon as I heard about it. Now, the whole concept is like an epidemic,” she notes. Seeing people venture out of their comfort zones through art is often difficult, Kaszupski feels, adding that the most winsome part of this objective is its simplicity. “I love the stones with words. That’s mostly what I like doing. Something like a positive word can instantly change a person’s bad day.” 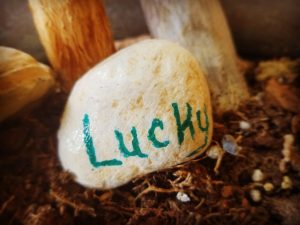 When you happen upon a kindness rock in the Stroudsburg area, chances are it’s been painted by Joanne Evans. The Pocono resident started crafting stones three years ago when her young daughter discovered one outside of Target. Evans now paints and hides over 1,800 of them a year, routinely posting her designs on the Pocono Kindness Rocks Facebook page. She’s become such a prolific rocker, in fact, that people have started asking her to prepare special creations for holidays and other events. Evans recently applied her skills toward wedding-themed rocks for a friend who attended her sister’s nuptials in Niagara Falls — she planned to stash them along her travel route. 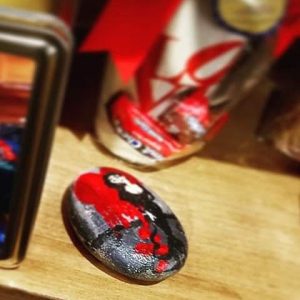 “Every school year, I paint a rock for each student in my children’s homeroom classes,” Evans states. “With four kids in school, I paint approximately 120 for Valentine’s Day.” And, despite the effort, it’s all a labor of love. “Knowing that my kindness rocks bring a smile to someone’s face is priceless. Spreading kindness was never so fun and easy.”

Or such a short stone’s throw away. 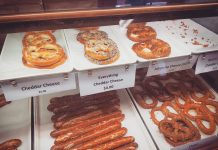