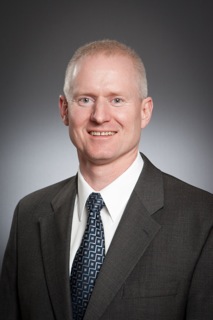 EAST STROUDSBURG, PA (NOVEMBER 27, 2013) – David Parker, resident of Stroud Township Pennsylvania, announced today his candidacy for PA State Representative of the 115th District. A special event to formally launch his campaign is scheduled for 12 noon on Wednesday, November 27 at Miller Park located next to Dansbury Depot Historical Museum located off of Crystal Street in East Stroudsburg, PA.  The public is encouraged to attend.

Parker comments, “As a 40 year resident of Monroe County I am keenly aware of the issues facing our region. The creation of a new Monroe County seat will strengthen our representation in the Legislature, enabling us to develop laws that will help us get our fair share of funding out of Harrisburg for education, roads, bridges and economic development projects.”

Parker is an ardent supporter of equal state aid for students in our region given that over the past decades the system has been skewed to allocating twice as much state-aid per student to the cities of Philadelphia and Pittsburgh. This also holds true for the allocation model as it relates to the funding formulas for PennDOT which has not been adjusted for the Monroe County population growth in more than 30 years.

Having experienced the changes in the Pocono Mountains over the last four decades, Parker is prepared to vote for change in Harrisburg.  “I have heard from a few Representatives that there is a desire to reduce the size of our State Legislature in order to save money and lessen the tax burden on our citizens.  We have over 200 legislators in the House. Ohio, a state of similar size, is able to conduct business with 99.  If a bill is presented that reduces the size of our legislature while maintaining Monroe County’s proportion of representation.  I would be willing to vote myself out of a job in order to preserve the future of the Commonwealth of Pennsylvania for the next generation.”

As an active member of the community, David is a long-time member of the Greater Pocono Chamber of Commerce, where he served as Chairman of the Human Resources Committee.  He sits on the Advisory Board of the East Stroudsburg Salvation Army where he chaired the Property Committee and serves on the Annual Christmas Kettle Campaign Committee. Parker is a member of First Baptist Church in East Stroudsburg and has served as an usher, youth leader, Sunday School teacher and chairman of the Missions Committee. Parker founded the Pocono Toastmasters Club, an organization committed to helping people become better speakers and leaders.  He is also a member of the Pocono Builders Association and serves on the Board of Directors.

The newly created 115th legislative district in Monroe County, encompasses the Boroughs of East Stroudsburg and Stroudsburg, the townships of Coolbaugh, Paradise, and Price, and all of the voting precincts in Stroud Township except for the 7th precinct.

The formal campaign announcement will be held rain or shine with light refreshments and pizza being served on Wednesday, November 27th, at 12 noon, Miller Park, Dansbury Depot, East Stroudsburg, PA 18301.  For information on the Parker campaign and to volunteer for the campaign committee, please call 570-369-3503.

David Parker manages the Pocono Summit location of Cramer’s Home Building Centers, one of the oldest businesses in Monroe County. He graduated from Messiah College with a degree in Business Administration, where he was a member of the Student Senate.  Very active in our community, David resides in Stroud Township with his wife Amanda and daughters Ashley, Maria, Lia, Gabriella, and Isabelle.