With Cold Temperatures, Natural and Man-made Snow Officials Hope For an Early Opening

Tannersville, Pa. – November 21, 2016 – Snow, both natural and man-made, is blanketing the slopes at Camelback Resort, a favorite ski and winter fun destination in the Pocono Mountains. Officials are hoping to open for the winter ski season in the very near future.

In the hopes of beckoning an early winter this past weekend, Camelback Resort’s season pass holder pre-season celebration included a sacrifice of skis via bonfire to the Norse mythological winter God, Ullr (pronounced Ool-er). It worked. Saturdaynight, five inches of powder fell across Camelback Mountain. With colder temperatures, early snow, and the resort’s snowguns in full operation, Camelback Resort is anticipating an early and long season, welcoming thousands of skiers and snowboarders in the Tri-State region.

“It’s always exciting when snowmaking begins here at Camelback Resort,” said Brian Czarnecki, vice president of sales and marketing. “With the recent drop in temperature, this weekend’s snowfall, and the snowguns in full force, we are really excited to lay down a solid base and launch the season as soon as possible.”

With 34 named trails, 16 lifts, 100% snowmaking, and the largest snowtubing park in the U.S.A., Camelback Resort offers close-to-home winter fun for beginners to aficionados. Named the #1 place in America to learn to ski and snowboard by the Huffington Post, Camelback Resort is the recipient of the coveted Conversion Cup from the National Ski Area Association for excellence in beginner programs, in particular, their Terrain Based Learning programs.

For non-skiers, there is still plenty of fun to be had outdoors. This season, Camelback Resort is launching Galactic Snowtubing, offering after-dark thrills with laser lit lanes and an amazing LED laser light show across the 42-lane Snowtubing Park. Two magic carpet rides take riders and their tubes back to the top so they can get back to the high-speed, high-thrill fun. Camelback Resort is also opening a new Base Camp Lodge where guests can purchase Snowtubing tickets, warm up with hot cocoa, and enjoy Camelback Resort’s signature waffles, no matter the time of day.

Launched in 2015, the 453-room Camelback Lodge and Aquatopia Indoor Waterpark has transformed Camelback Resort into a four-season destination. Offering ski in/ski out dining, adult and kids spas, an indoor adventure park and the largest indoor waterpark in the Northeast.

On the verge of it’s 53rd season, Camelback Resort continues to reinvent itself since opening in 1963 with 14 trails and three lifts serving 41,656 skiers. Today Camelback serves more than 1,000,000 outdoor enthusiasts and visitors annually with 34 named trails, 16 lifts, 100% snowmaking, the largest snowtubing park in the U.S.A., Camelback Mountain Adventures (featuring the only mountain coaster in Pa, and North America’s longest twin 4,000 ft. Zip-Flyers) and Camelbeach Waterpark (the largest waterpark in Pa.) For more information, to purchase season passes, view webcams, and to check schedule and operating hours visit CamelbackResort.com. 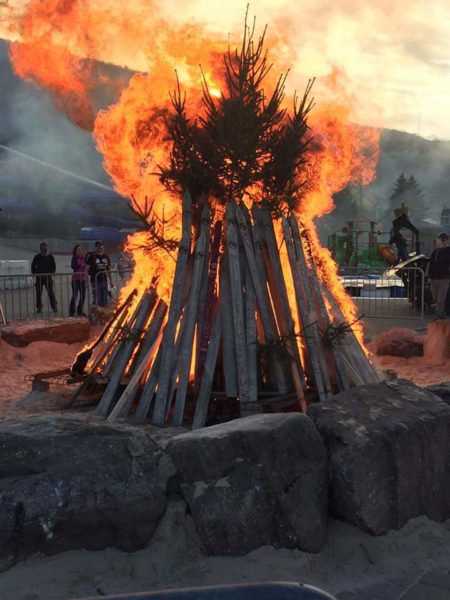