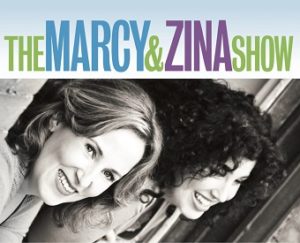 Marcy Heisler & Zina Goldrich make up one of NYC’s most successful and popular composing teams — and they are phenomenal performers as well. The Marcy & Zina Show celebrates their witty, sophisticated, hilarious and touching songbook including hits “Taylor, the Latte Boy” and “Alto’s Lament” as well as favorites from their musicals Ever After, Dear Edwina, and Junie B. Jones. They are recipients of the ASCAP Foundation Richard Rodgers New Horizons Theatre Award and nominees for the Lucille Lortel and Drama Desk Awards.

“Bright as two buttons, they sing the songs they write with the kind of wit and intelligence of the Dorothys Parker and Fields. The team’s strength lies in making the intelligent hummable–something predecessors like Cole Porter, Irving Berlin, and the Gershwin Brothers were always able to do.”
— David Finkle, Village Voice

“Zina Goldrich and Marcy Heisler are the most gifted new writing team of their musical theatre generation. They create music and lyrics that are as fresh, bright, witty and accessible as have ever been written.”
–Maury Yeston, Tony Award Winning Composer-Lyricist, Titanic, Nine

*Pre-Festival Special Event tickets are not included in the 2018 Festival Package.

MARCY HEISLER (Author/Lyricist) and ZINA GOLDRICH (Composer) have been collaborating together since 1993. They were the first women ever honored with the Fred Ebb Award for Musical Theatre Songwriting, and Heisler was honored with the 2012 Kleban Prize for Outstanding Lyrics. Current projects include EVER AFTER, (Paper Mill Playhouse, New Jersey), Junie B’s Essential Survival Guide to School (Lucille Lortel Theater, New York), Hollywood Romance (Scott Sanders Productions) and a musical adaptation of a Universal Studios romantic classic (Universal Stage Productions). 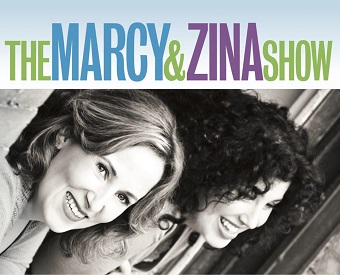